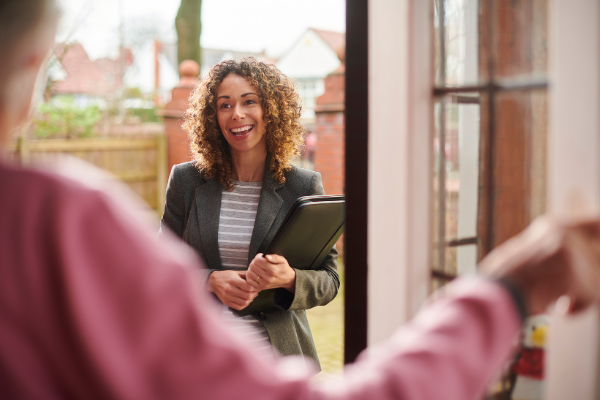 Thanks to the Social Workers

Happy Thursday, all. This is Ceci Murphy, Co-owner of AHHC. March was dedicated to social workers and I couldn’t let this month go by without telling all the social workers we have teamed up with over the years how much we appreciate everything they do.

I want to share a story from a very recent situation that demonstrates the necessity and the effectiveness of coordinating with a social worker when someone ends up in the hospital from no fault of their own. All names are fictional to protect the privacy of those involved.

Mrs. Clark, 69, took herself to the hospital because she had a broken arm. While she waited in the emergency room, she fainted and fell off of her chair. The nurses came immediately and set her up in a station. Shortly after she regained consciousness, she complained of a sick stomach and a very harsh headache. Her routine exam showed nothing out of the ordinary. As they were helping her get into her hospital gown, the nurse noticed she had a lot of bruises. Some were faded but quite a few were more pronounced. When they asked her how she got the bruises, she told them she was very clumsy and her balance wasn’t as good as it used to be. She told them not to worry.

She may not have been concerned but the medical professionals were. They wheeled her down to the X-ray department and when they finished there they went straight to the MRI unit.

After the scan, she was brought back to the emergency room, where a social worker was waiting to talk to her. Half an hour later I heard Mrs. Clark crying. About 15 minutes later the Social Worker came out and told us that Mrs. Clark’s son was responsible for the broken arm and all the bruises. In the telling, she admitted that her son had lost his job, moved back in with her and that she has been living in fear ever since. The story goes from bad to worse – which I won’t go into.

The social worker, using her communication and critical thinking skills, recognized the clues of abuse in Mrs. Clark’s initial story. Her patience, empathy, and professional commitment created a safe space for the truth to come out. She organized the necessary next steps. She contacted the authorities who removed her son from the house. She called a lawyer who would go to court to get a restraining order against her son. She set up a doctor‘s appointment to discuss the results of the MRI. We sent a certified nursing assistant to pick her up at the hospital and stay with her for the next couple of days.   The social worker took care of everything quickly, quietly, and efficiently which allowed Mrs. Clark to go home in peace. I don’t know what Mrs. Clark or Abundant Home Health care would have done without the help of that social worker.

Social Worker appreciation month may have just ended, but we are constantly grateful for their care, attention, and expertise. We thank them for all the hard work and empathy that they bring to their work each day.